Preparing for retirement or even being retired does not mean that you are looking to stop making money. For many, retirement simply indicates the willingness to start on a new financial adventure. If you are looking to invest your retirement savings in a business, it is always best to use a self-directed IRA service. One such service that has focused on using these accounts to create start-ups is Provident Trust, a company that has seen great success while experiencing a few rough patches. 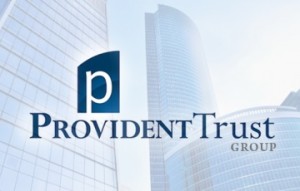 A relatively young company, Provident first opened its doors in 2003 with a particular goal of helping individuals use their self-directed IRAs as funding sources for opening new businesses. The company began its major expansion in 2006, stopping only briefly in 2009 when it ceased finance services in order to check to make sure that its business model did not violate any IRS regulations. As one of the retirement account companies that came out of the financial crisis in relatively good health, Provident remains a leader in retirement investing.

Provident Trust has a stellar reputation when it comes to handling finances. It currently sits at a ‘A’ Better Business Bureau rating, and maintains a spot as an industry leader in the retirement accounts sector. The company strongly encourages its clients to do their due diligence before investing, boasts a remarkably well educated and knowledgeable client base. The company’s strong focus on using retirement funds to start new businesses can be a major asset for some retirees, and the ability to work with self-directed IRAs does provide a great way for many to make money.

Provident’s reputation is largely positive in the financial community, but there have been a few pertinent customer complaints. The most common complaint has to do with the billing process – it is far from user-friendly, and can often lead to debits on an account without prior authorization in some circumstances. Consumers have also complained about general difficulties in dealing with the company, including having some problems in accessing their own 401(k) accounts.

While the company’s 2009 issues with the IRS (and subsequent halting of 401(k) rollover sales) may be in the past, it is also important to note that the issue does shed light on the character of the company – running afoul of the IRS is not something you want in an investment company of any sort. Again, those issues have largely been resolved but should serve as a warning.

Is Provident Trust a good company with which to invest? Yes, of course. While not all customers are satisfied, its success does speak for itself. With that said, it is far from the best in the industry. Feel free to read more of our exclusive reviews on the rest of the gold firms today.

Follow the “Smart Money” – Billionaires who are investing massively in Gold

Stanley Druckenmiller'The Man with the Midas Touch'(net worth of $4.4 billion)American hedge fund manager, he is the former Chairman and President of Duquesne Capital. 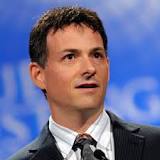 David Einhorn'From $900,000 to $11 Billion' (net worth of $1.76 billion)American hedge fund manager, he is the founder and president of Greenlight Capital.

We believe the increasingly adventurous monetary policy is bullish for gold

Ray Dalio'Hedge Fund Big Daddy' (net worth of $15.3 billion)American businessman and the founder of the investment firm Bridgewater Associates.

If you don’t own gold, you know neither history nor economics 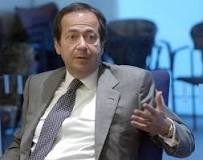 Gold is very volatile in the short term and could as easily go down in the near term as go up. But if you’re invested over a three to five year horizon, I think you’d be much safer in gold as a currency than the dollar

George Soros'The Man Who Broke the Bank of England' (net worth of $24.9 billion)Hungarian-American business magnate, investor, philanthropist, political activist and author. He is chairman of Soros Fund Management. 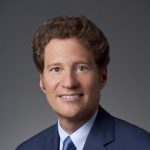 Thomas Kaplan'Billionaire King Of Cats' (net worth of $1.03 billion)American entrepreneur, natural resources investor, philanthropist and art collector. He is chairman and CEO of The Electrum Group LLC.

I've reached a point where I feel the only asset I have confidence in is gold. 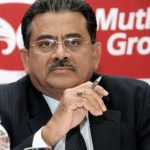 M.G. George Muthoot(net worth of $1.14 billion)Indian entrepreneur and businessman. He is the third generation of his family to be chairman of the Muthoot Group, and the Lay Trustee of the Indian Orthodox Church.

If this business was as easy as it sounds, all my branch managers would be setting up their own gold loan companies.

I have never been a gold bug, it is just an asset that, like everything else in life, has its time and place. And that time is now. 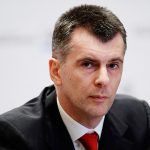 Mikhail Prokhorov(net worth of $8.8 billion)Russian billionaire, politician, and owner of the American basketball team the Brooklyn Nets.

Money is not the thing that drives me. I like to develop assets to create value. No one cares how rich you are or what your ranking is in Forbes magazine. 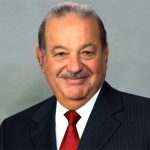 Carlos Slim(net worth of $51.8 billion)Mexican business magnate, investor, and philanthropist. From 2010 to 2013, Slim was ranked as the richest person in the world.

What is most valuable in life does not cost anything but is very precious. 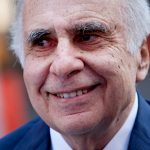 The system is not working properly.